Why Networking is the Most Effective Job Search Technique 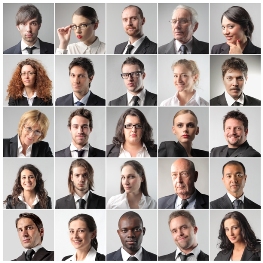 When most people need to find a new job, they start with the online career sites, employment offices or local want ads. It seems obvious to look in the places where people are advertizing for jobs. Yet, studies consistently show networking to be the most effective way to find a job. Networking is the act of working with people you know to help you find the things that you want. Its efficacy is not surprising considering that when done properly, job seekers are making direct contact with hiring managers or people that can lead them to hiring managers. Further more, it provides a way to tap into the hidden job market.

The phrase “hidden job market” refers to all of those jobs that exist but are hidden from view, that is, they are not advertised. Hiring managers will often hold-off advertising a job until exhausting their own circle of contacts. Placing ads and sorting through potential candidates is costly and time consuming. It also involves the risk of hiring an unknown entity. It is easier, cheaper, and safer for the hiring manager to recruit from friends and/or professional contacts. You increase your chances of getting the job you want by tapping into that hidden job market. As evidence, here are some statistics from resumagic.com on how Americans find employment:

The above percentages indicate that 65% of people who are employed found a job that was never publicly advertised.

Case studyFor many people, networking still feels like something that will only work for other people. I am proof that’s wrong. While not unique or connected in any special way, with the exception of one position I found by cold calling, I networked my way into every other position as I worked my way up the corporate ladders in multiple industries. Here are some examples of how I worked with the people I knew to find the jobs I wanted.

Cast Iron Foundry: Just before graduation, I was talking with my faculty advisor about jobs. He gave me the name of a man at a trade association coincidentally near my home. I visited him on the way home from school. He, in turn, referred me to the Chief Metallurgist at a nearby company that fit exactly with what I wanted to do. They hired me. The job was never advertised.

R&D Consortium: A vendor salesman that used to call the company that I worked for went to work for the Consortium. He told me they were looking for engineers with business acumen and put me in touch with the hiring manger. I got the job. The job was not advertised. When I had gone as far as I could in that company, I sent out hundreds of resumes and answered dozens of advertisements to no avail. Finally I found my new job through networking.

Life Insurance Agent: I decided to work for myself. I researched companies in the life insurance industry and knew some agents. A personal friend who was also an agent led me to his company where I eventually landed my first position. They had an active recruiting program ongoing and the personal introduction paved the way, even though I had no obvious qualifications.

Large Pharmaceutical: Several years later when I decided to change careers again, I networked my way into a local, major pharmaceutical company doing business development. The job was not advertised.

Six years later, the company was restructuring to prepare for a spin off the division I was in. I was laid off and networked my way to a job as program manager within the same company. The job was not advertised until after I started only to fulfill HR requirements.

Three years later it was time for me to move on. I networked my way to find a manager job in yet another division. This job was advertised and I saw it on the job board, but I thought it was not a good fit. I networked my way into the vice president’s office. She encouraged me to apply and asked me to meet with the hiring manger.

Why It WorksI am nothing special, nor is my history with networking. What is special is the power of networking. I have tried responding to ads and sending out hundreds of resumes, but like most people, my carefully worded documents and phone calls fell in to the black holes of human resource departments. Every time it proved to be a huge amount of effort without any payoff. Instead, the solution was talking to people- lots of them. Want more proof? Think about how you have found jobs, or ask your friends about their careers and how they found their jobs. I bet you will find that they knew someone who gave them an “in” or a critical heads-up. This is networking. It may not have been formal, or even intentional, but it was networking at its best.

In real life it plays out like this: a company may advertise an open position and receive 1,000 resumes. HR will receive those resumes and, after filtering the resumes based on their criteria, will narrow it down to maybe ten resumes. If the hiring manager gets an email from a trusted contact recommending a friend for the job and attaching a resume, that “friend” just leapfrogged to the front of the pack. The other ten candidates are complete unknowns beyond their resumes, but the friend comes with a trusted recommendation. The hiring manager eliminates much of the risk involved in bringing in a new employee. In order to be successful in your job search, you need to find those contacts that can get you in front of the hiring managers. Networking makes you a known quantity, allowing you to levitate to the top of a massive stack.

ConclusionThere are many ways to find a job, but studies prove that networking is the most effective way to find a job. The experience of my own career over 30 years made a believer out of me.

Phil Roth has made a career of teaching people how to find their dream jobs through networking. Through his individual coaching, workshops and his book: Networking Steps- Learn Networking Get Working, , he walks his students through the process of creating career objectives, preparing to network and conducting effective meetings. Phil can be found at http://www.networkingsteps.com or contacted directly at phil@networkingsteps.com.

Deprecated: Directive 'allow_url_include' is deprecated in Unknown on line 0